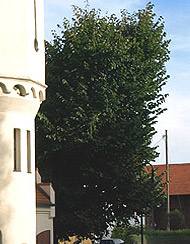 Sightseeing in and around Munich

The Viktualienmarkt is Munich's most popular open air market. For all those who appreciate culinary seduction of senses, this is the perfect place to spend your lunch break, get inspired for new creations, and buy rare and special herbs and spices. The Viktualienmarkt is not only a place for buying and selling: the market also hosts a number of traditional and folkloric events. www.viktualienmarkt-muenchen.de.

Frauenkirche
The Cathedral of our Lady is a church in the centre of Munich that serves as the cathedral of the Archdiocese of Munich and Freising and seat of its Archbishop. With its two towers it is a landmark and symbol of the Bavarian capital city. www.muenchner-dom.de.

Marienplatz
Marienplatz the is the heart of Munich´s city center. In the middle ages, the square used to be a market place as well as the place where tournaments and festivities took place. It has been the city's main square since 1158.

Theatinerstraße
This street connecting Marienplatz, Odeonsplatz and Ludwigstraße is the first address for luxurious shopping. The entrance to one of the largest art exhibition areas, the Kunsthalle der Hypo-Kulturstiftung, leads into Munich's noble shopping center, called Fünf Höfe.

Bier & Oktoberfestmuseum
As Munich’s oldest citizen house, dating back to the year 1327, the Bier & Oktoberfestmuseum was ceremonially re-opened in 2005 as a museum. The museum’s tour not only tells the story of beer, that can look back at a 5000 year old history but also the Oktoberfest’s history from its beginnings as festivities accompanying the wedding of crown prince Ludwig I. www.bier-und-oktoberfestmuseum.de.

German Museum
The German Museum is really a house of superlatives: it is not only one of the first scientific-technological museums in the world, but also one of the most frequently visited (1.3 million people every year), and with an area of 73.000 square meters the biggest of all. The laws of nature, instruments and technological methods are presented there.

Pinakothek der Moderne
The biggest museum for modern art in Germany is being constructed in the immediate vicinity of the Alte and Neu Pinakothek: the Pinakothek der Moderne. In this building (15.000 m²), four outstanding collections will offer an extensive overview of fine applied arts of the 20th century right up to the present.

Valentin-Karlstadt Museum
Inside the Isartor’s towers lies a temple to Munich’s most popular folk-musician, comedian, filmmaker and satirist Karl Valentin (1882-1948) and his partner-in-crime Liesl Karlstadt. The salon spaces are packed with props, posters and curiosities from the days when the couple was the toast of the town. www.valentin-musaeum.de

Nymphenburg Palace
Together with its pavilions, the Amalienburg, the Badenburg, the Pagodenburg and the Magdalenenklause, the summer residence of Ludwig II. is a cultural masterpiece of international standing. His Royal Villa was the only building that Ludwig II. completed. This palace was influenced by French architecture and together with its park it is known as one of the most beautiful buildings from the 19th century.

The King’s House on Schachen
This small palace is located at an altitude of 1800m against the backdrop of the Wetterstein massif in the alps. From the outsid,e it seems to be rather modest, but the Turkish hall inside is furnished with oriental splendor.

Neuschwanstein castle
Neuschwanstein is King Ludwig’s monument to the culture and the kingship of the Middle Ages, which he wanted to recreate. As one of the most famous buildings in the world, it is visited by over 1.3 million people each year. www.neuschwanstein.de

Herrenchiemsee Palace
Modelled on the Palace of Versailles this monument to Absolutism is far more magnificently furnished than its model. The State Bedchamber is the most expensive room of the 19th century.

Rose Island in Lake Starnberg
In the middle of the Lake Starnberg surrounded by many fragrant and old varieties of flowers, lies this beautiful island with its Pompeiian Casino on it. Ludwig II. often invited special guests there.